Author, Unapologetically You: Reflections on Life and the Human Experience

To empower and transform the lives of those who are burdened by a criminal record and to provide a safety net for those at risk of re-entering the criminal justice system.

Ms. Lasserre has worked in the legal field for 40-years. She began her legal career as a Court Clerk in the West Los Angeles Courts. Thereafter, she went to work in private law practices working her way up from receptionist, to legal secretary, to paralegal and finally office manager. Although her passion from her early days as a court clerk was criminal law, Ms. Lasserre’s early experience as an attorney was in the area of complex civil litigation.  During this time, she litigated cases involving millions of dollars in damages.  This experience taught her the invaluable skills of case evaluation, written and oral argument and court preparedness.

In 2003, she left civil litigation to pursue her passion as a criminal defense attorney.  She opened her own criminal defense practice where she began representing indigent juvenile and adult defendants by court appointment.

In 2005, Ms. Lasserre was offered the position of Bay Area Staff Attorney for the Cochran Firm-Criminal Defense Division.  It was an honor to be considered for this position as Johnnie was a brilliant litigator and inspiration to those in the trenches practicing criminal defense. She accepted the position and represented Cochran Firm clients throughout the bay area.   The Cochran Firm – Criminal Defense Division dissolved in 2006 due to Johnnie’s untimely passing.

Ms. Lasserre immediately re-opened her criminal law practice and continued to represent indigent defendants in criminal and juvenile proceedings.  Over the years, she has represented defendants charged with many different crimes including driving under the influence, drug possession and sales, theft, domestic violence, serious and violent felonies, strike offenses, assault, gang violence, sex crimes and attempted murder.  She has also been appellate counsel on several cases including a life-sentence rape case.

After years of watching people’s lives negatively defined by involvement in the criminal justice system, Ms. Lasserre decided to focus her efforts on helping clients assess and redefine their lives.  In late 2015, Ms. Lasserre founded the New Beginnings Law Center.  The Center’s focus is to help clients diminish the effects of a criminal record thereby increasing self-worth and lowering recidivism rates.

Marcia’s varied background includes office positions and a 29-year term in the California state prison system. Determined to utilize her time productively, she obtained her A.A. degree and vocational certification (Graphic Arts/Forms Specialist) while incarcerated. Initial interest and exposure to legal work came through assisting her peers with grievance forms and other administrative matters. Substandard prison medical care led to major litigation (Shumate v.Wilson), affording her first-hand exposure in that area, working with attorneys as an organizer and named plaintiff.Her university coursework led her to explore a talent for writing.

Dr. Diane Raleigh has a combined forty years of experience as a social worker, clinical psychologist, substance abuse counselor and nonprofit founder. Throughout her tenure, she has gained experience working with multicultural populations. Beyond her experience and expertise in these fields, Dr. Raleigh served in Somalia as a Peace Corp volunteer teaching English. Shortly thereafter, she founded a home for motherless babies in Nigeria. In 2010, Dr. Raleigh established the Olmoti Clinic/Our One Community nonprofit in Tanzania. She brought education, medical facilities and water to a remote Maasai community. Throughout Dr. Raleigh’s career, she has also served on five nonprofit Boards, including Children’s Home Society in San Jose and Parents and Children Together in Honolulu.

As Community Services Coordinator, Dr. Raleigh is a liaison between NBLC clients and partner non-profit organizations. She monitors services that clients are receiving from other organizations, and serves as a source of information for clients about these services. Paris has worked as a paralegal in criminal defense for nearly 14 years. She is currently a student at College of Marin working on an MBA. She is passionate about philanthropy and believes that: “the best way to find yourself is to lose yourself in the services of others.” ~ Ghandhi ~ Grace Bouton has joined us as a social media intern and will be focusing on NBLC’s online presence. She is a student at UCSB majoring in political science and minoring in poverty, inequality, and social justice. To support NBLC and to find ways you can get involved visit https://nblawcenter.org/ and follow us on the social media below. NBLC would not be where we are today without the hard work and dedication of volunteers, law clerks, and interns. Thank you! 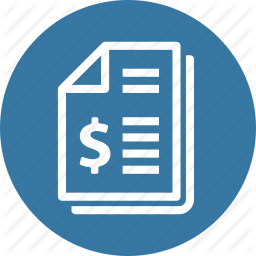 At New Beginnings Law Center, we believe that in order for clients to avoid recidivism, they must become empowered. We help empower our clients by providing an environment of trust, respect, accessibility, and direction from commencement to conclusion of their case. After the case is over, we maintain a relationship with the client and provide referrals according to their needs.